The Erlenbach river is a tributary into the Alptal valley, which is located south of Einsiedeln (Canton Schwyz) in central Switzerland.  The Erlenbach catchment has been subject to climatic and hydrological studies by the Swiss Federal Institute for Forest, Snow and Landscape Research (WSL) since 1965.  In addition, the site is equipped with geophones to monitor bedload transport.
​
Different types of land cover (from forested to open grassland), low anthropogenic influence and high elevation (mean 1350 m a.s.l.) make this catchment an ideal site to study various hydrological processes.  A meteorological station and three snow courses - where depth, density and snow water equivalent of snow is measured regularly - allow for a continuous record of climatic variables throughout the year.

Further information and hydrological data can be found here.

The Erlenbach is a tributary of the Alptal catchment, a long-term research site managed by the Swiss Federal Institute for Forest, Snow and Landscape Research.

Topography, land cover and instrumentation at the Erlenbach catchment. 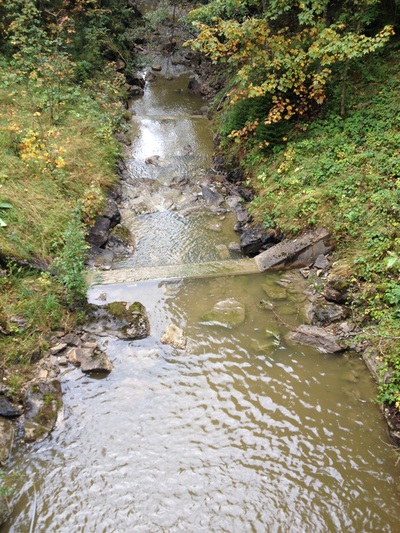 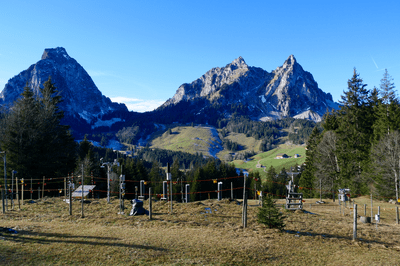 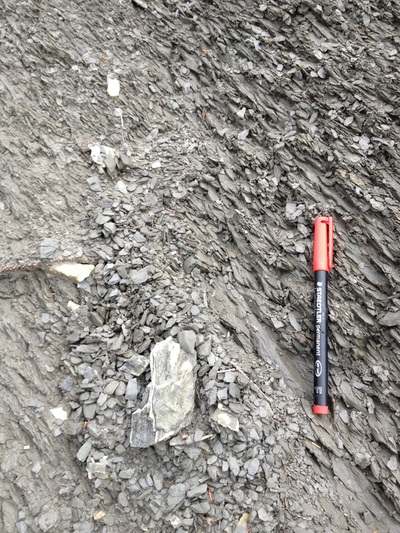